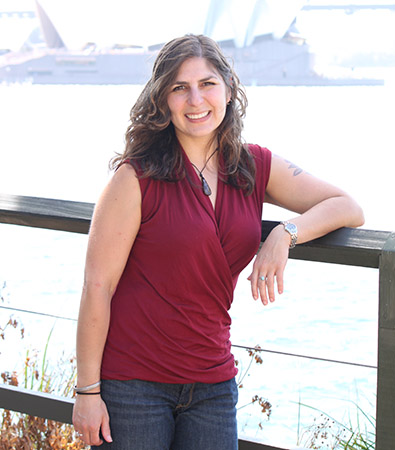 About Ariel:
Ariel Salzman was born in Humbolt County, California, and raised in Athens, Ohio. She graduated from Ohio University with a bachelor’s degree in Exercise Physiology and a minor in Biological Sciences. She then attended Pacific University in Forest Grove where she received her Doctorate of Physical Therapy in 2005. Ariel has focused on Orthopedics in the Pacific Northwest, treating many runners and triathletes on both the amateur and professional level. In 2012, she earned her Board Certification in Orthopedics (OCS) and in 2016 she was awarded a manual therapy certificate (CMPT) from the North American Institute of Orthopedic Manual Therapy. Ariel is also certified in ASTYM soft tissue mobilization and orthotics casting. Ariel enjoys treating patients of all ages and activity levels, and takes special interest in the spine as well as treating the body as a whole to prevent re-injury. When not in the clinic, Ariel is an Instructional Assistant at Pacific University School of Physical Therapy. She is active in Search and Rescue, and is a certified K9 handler in a local volunteer group. For fun, Ariel enjoys camping, skiing, mountain biking and attending live music.

Erin Kincaid, DPT, CLT is from Baltimore, Maryland and graduated from James Madison University with a bachelor’s degree in Health Science in 2010. She then graduated from University of Maryland Eastern Shore with her Doctorate in Physical Therapy in 2013. She worked in Westminster, Maryland before moving to the pacific northwest with her husband in 2015. In 2016 she became a Certified Lymphedema Therapist (CLT). Her other specialties include women’s health and pelvic floor rehab, post cancer rehab, and general orthopedics. Erin's clinical expertise includes general orthopedics, post-op rehab women’s health, lymphedema management, oncology rehab, and myofascial release/soft tissue mobilization. Erin loves traveling and going on adventures like hiking, camping, skiing, and anything outdoors. She was born and raised on the east coast (Baltimore) and loves living in the PNW with her husband since 2015. Erin also adores playing with her Bengal cat.

Scott Gulstine, MPT, OCS, COMT was born and raised in the Pacific Northwest and lived in the Tualatin area for most of his life.  He took a chance and moved away from home to get his undergraduate education at UC Davis where he graduated with a degree in Animal (Human) Physiology. He then attended Drexel University in Philadelphia, PA, where he received his Master of Physical Therapy in 1997. He later moved to San Francisco to start his career, and has focused predominantly on orthopedics ever since. In 2008, he returned to Portland and has been helping the community (of all ages and activity levels) live a better and healthier life.

In 2005, he received his COMT (Certified Orthopedic Manual Therapist) from Maitland Australian Physiotherapy. In 2012, he earned his Board Certification in Orthopedics (OCS). Scott is also certified in the Graston technique of instrument assisted soft tissue mobilization. Recently, Scott has been diving even deeper into biomechanics. He has found that improving the quality of one's movement, and correcting common muscle imbalances, can prevent problems from returning in the future.

Scott enjoys working with patients of most ages (he leaves the treatment of infants and small children to those specialists) and ability levels. He has enjoyed working with professional and highly competitive athletes.

When not in the clinic, Scott is also helping his wife make Loop De Loop wine, here in Portland. When he isn't doing that, he is skiing on Mt. Hood or riding single track on his mountain bike.