The Oregon Jewish Sports Hall of Fame, located at the Mittleman Jewish Community Center, accepts applications annually for the Harry Glickman Scholar Athlete Award. This honor is awarded to two Jewish scholar athletes who live in Oregon, and are a junior or senior in high school. Applicants are judged on academic and athletic achievements as well as his or her commitment to community service. A letter of recommendation is required from a coach, teacher or mentor. Winners receive the Harry Glickman Scholar Athlete Award at the MJCC’s Community Celebration, along with public recognition at the MJCC and a monetary award.

Mia Kane attends Lincoln High School and is a member of the National Honor Roll, the Commissioner of Communications, Sources of Strength Leader, SAFER Consent teacher, and Healthy Relations Advocate/Speaker (SARC Certified). She is the Number One runner for Lincoln’s Cross Country Varsity and competed this year in Nike NXN Cross Country Nationals. Lincoln was the first Portland Interscholastic League team ever to qualify. Last year, she placed 8th in State for the 3000m and 9th in State for 1500m. Mia has been on the All-League and All-State list for three consecutive years. She has been the captain of the United PDX club soccer team for many years. Outside of school and athletics, Mia volunteers with Oregon Food Bank and was previously the President of GIVE (Get Involved, Value Everyone). She currently serves as the Chairperson/President of Anti-bullying at Lincoln and teaches Consent/Safe sex lectures to high school students. She is also a certified suicide prevention (Sources of Strength) advocate and leader.

Sophie Wand is a member of the Catlin Gabel Athletic Leadership Council and participated in the Oregon Girls Sports Leadership Summit. In 2018 and 2019, she was Oregon’s 3A State Player of the Year and was Oregon’s 3A All State 1st Team in soccer with Catlin Gabel. Sophie also participated on the Maccabi USA U-18 National Team at the 2019 Pan American Maccabi Games and was a Gold Medalist. Throughout 2014-2018, Sophie practiced at the US Soccer Training Center and, in 2016-2017, was the Olympic Development Program State Team Captain. She is a volunteer Ambassador for KairosPDX Charter School, is a leader at Healing Hands (organizes blood drives at Catlin Gabel), helps to distribute socks and sandwiches to homeless people in the Portland area through Socks and Sandwiches, and also volunteers her time at PERIOD to distribute feminine hygiene products to organizations helping homeless women.

Sophie is a senior at Catlin Gabel High School and has maintained a 4.0 GPA all four years. During her freshman year, Sophie received the Catlin Gabel Palma Scholarship which is awarded to students who demonstrate excellence in academics, sports, leadership, and service. During her senior year, she embarked on a year-long research project exploring the sexual harassment culture among high school students to raise awareness and educate others.

During junior and senior years, she was the Girls Basketball Varsity Captain, High School 2nd Team All-League in 2015 and 2016; High School Team Leading Scorer in 2015, 2016, and 2017; High School Team Leading Assists in 2015, 2016, and 2017; Catlin Gabel Most Valuable Player of the Year in 2016; High School Westside Christian Tournament Champions in 2017; Memorial Weekend Tournament Champions in 2017; Portland Tribune Athlete of the Week in December 2017; Catlin Gabel Most Improved Player of the Year in 2017, and US National Maccabi Games Participant 2016 in Girls Soccer. For the past four years, she has led the American Red Cross blood drives at Catlin Gabel and was awarded the American Red Cross High School Scholarship. She has also been involved with service work in our criminal justice system. Specifically, she organized a book drive for a reading group within a local prison, collecting over 350 donated books. Then, she began a pen pal exchange program between Catlin Gabel high school students and prisoners within this reading group. Finally, she has volunteered at the Boys and Girls Club in Northeast Portland, leading a variety of sports clinics.

Jack recently moved from Alaska and is a senior at Woodrow Wilson High School. He has been on the honor roll every semester and was a member of the National Honor Society, Highly Gifted Program at West Anchorage High School, and has a seal of bi-literacy in French. When Jack moved to Portland, he joined the Portland Timbers Academy U17 and U19. Among his athletic accomplishments, Jack has excelled in programs such as Maccabiah, where in 2017 he was a Gold Medalist in Junior Boys Soccer (team captain for USA), the 2016 Arctic Winter Games Futsal Silver Medalist in Nuuk, Greenland. Jack is also a NCSY member, President of JSU at Wilson High during his junior and senior years, Jewish Federation of Portland Super Sunday Volunteer, and was the JPDX (Jewish girls team) soccer coach. 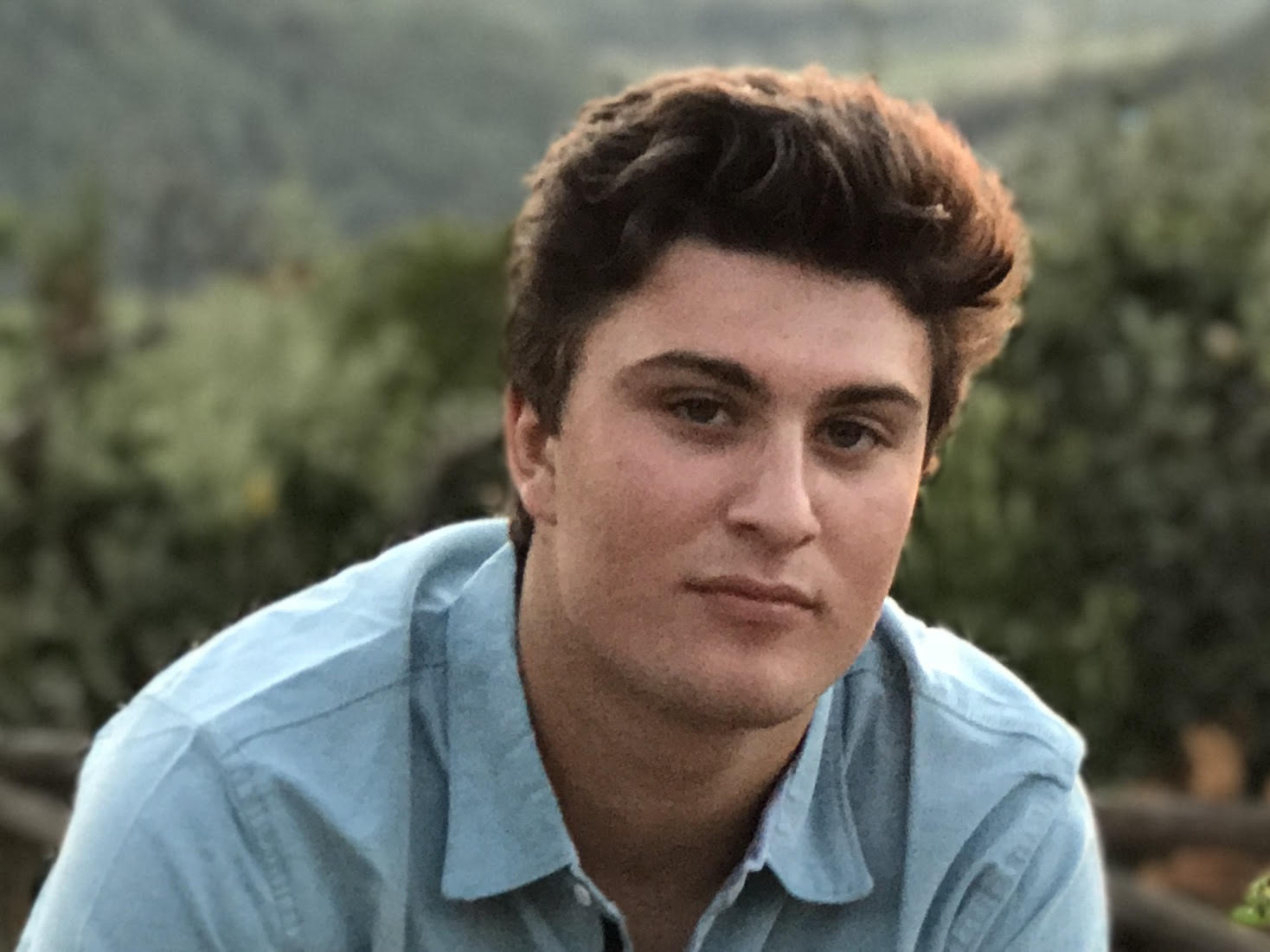 Laz is a senior at Lake Oswego High School where he is a three-sport athlete. Upon graduation, he will have accumulated 10 varsity letters for football, alpine skiing and baseball. In addition to a hectic sports schedule, Laz is an accomplished jazz pianist and excellent student. Currently, Laz is ranked as the #1 slalom racer in the Three Rivers League. Growing up in Bend, Laz played soccer, ice hockey, tennis, and golf, and achieved a green belt in Karate. Academically, Glickman is a member of National Honor Society. As a jazz pianist, Laz participates in an ensemble at the Alan Jones Academy of Music, is in the Lake Oswego High School jazz band, and is a member of Innovation Project.

Laz has served the Jewish community during the past few years by playing piano for the residents at the Rose Schnitzer Manor. A lifelong Ducks fan, he will enter the University of Oregon in the Fall, where he plans to double major in business (finance) and music. Laz’s grandfather is Harry Glickman, the founder and President Emeritus of the Portland Trail Blazers, and the namesake of the Harry Glickman Scholar Athlete Award. 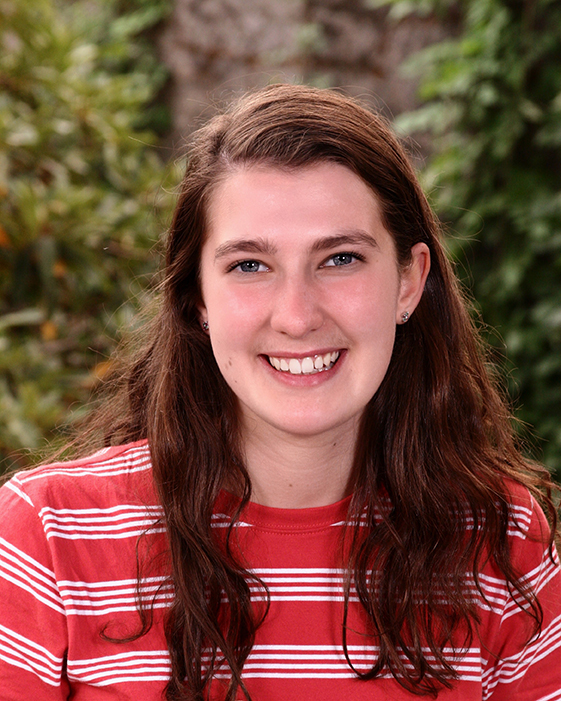 Layton Rosenfeld is a junior at the Catlin Gabel School where she is class president. She plays center defense and is team captain for the Portland Thorns Soccer Academy. Layton has also participated at the state and western US levels of the Olympic Developmental Program. She also enjoys playing tennis, basketball, table tennis, and skiing. Layton is president of Catlin’s InvenTeam engineering club, participates in Advocates for Women in Science, Engineering and Math (AWSEM), and organizes a service program supporting teenage refugees from Central and South America in Portland.

She has been a part of the Oregon Jewish Community Youth Foundation for three years, and is the OJCYF representative in the National Jewish Teen Funders Network. Layton has the honor of playing Kol Nidre on violin at the family service at Congregation Beth Israel. Layton intends to study biology and the natural sciences and pursue a career in research and teaching.

For additional information about the 2018 Harry Glickman Scholar Athletes of the Year program, please contact Lenny Steinberg, Program Director, at 503.535.3555 or email lsteinberg@oregonjcc.org.